Falling COE prices for Cat C aside, the choice for a light commercial vehicle is clear: Volkswagen. Here are four great reasons why

SINGAPORE – With news coming out recently that the Certificate of Entitlement (COE) price for commercial vehicles has plunged to its lowest level in six years in anticipation of a nearly seven-fold rise in quota, now is the perfect opportunity for business owners to consider renewing or expanding their fleet.

Prices drop, but the important question remains: What CV to go for?

Volkswagen Singapore currently offers multiple versions of its two light commercial vehicles, the do-it-all Caddy and the larger panel van, the Transporter. As you’ll see, they’re a cut above the rest when it comes to everything from safety to running costs and servicing.

Here are four reasons why a Caddy or Transporter would make for an ideal business partner.

1.They’re really safe – even compared to cars
There was a time not so long ago when riding in a van or lorry could reasonably be described as being more dangerous than in a car. Not only were they often short on advanced safety features to keep the costs down, but the cab-over design of some models also meant the only crumple zone in a frontal impact was your knees.

Not so with the Caddy or Transporter. Not only does their front-engine configuration allow for a crucial crumple zone to save your legs (and your life) in a crash, but they also come as standard with features such as anti-lock brakes (ABS), electronic brakeforce distribution (EBD), traction control, and even electronic stability program (ESP) – a feature not even available on certain passenger car models! All in all this means that both the Caddy and Transporter have a robust four-star EuroNCAP safety rating, on par with many passenger cars in the market today; because VW understands that while vehicles can be replaced, some things are far more precious.

2. They’re inexpensive to run, even in the long run
Commercial vehicles are the four-wheeled workhorses of many businesses. As they spend more time on the road and rack up the kilometres, running costs can quickly add up, which is why a vehicle that’s cheaper to run can make a big difference in being in the black – or red. This is where Volkswagen’s fuel-efficient TDI engines come in; the Caddy’s and Transporter’s respective claimed economy figures of 5.0L/100km and 5.7L/100km helping ensure fuel expenditure is kept to a minimum.

In addition, service intervals for Volkswagen commercial vehicles are pegged annually or at 20,000km (whichever comes first) to minimise downtime, and there is a free servicing package for the first five years or 100,000km. So not only does your fleet spend more time on the road and less in the garage, you don’t even need to worry about service for half a decade.

3. They’re backed by the best warranty around
Fret not though, for Volkswagen offers a best-in-class aftersales package, with a five year or 200,000km comprehensive vehicle warranty, a six month or 10,000km warranty on wear and tear parts, and complimentary 24/7 roadside assistance. 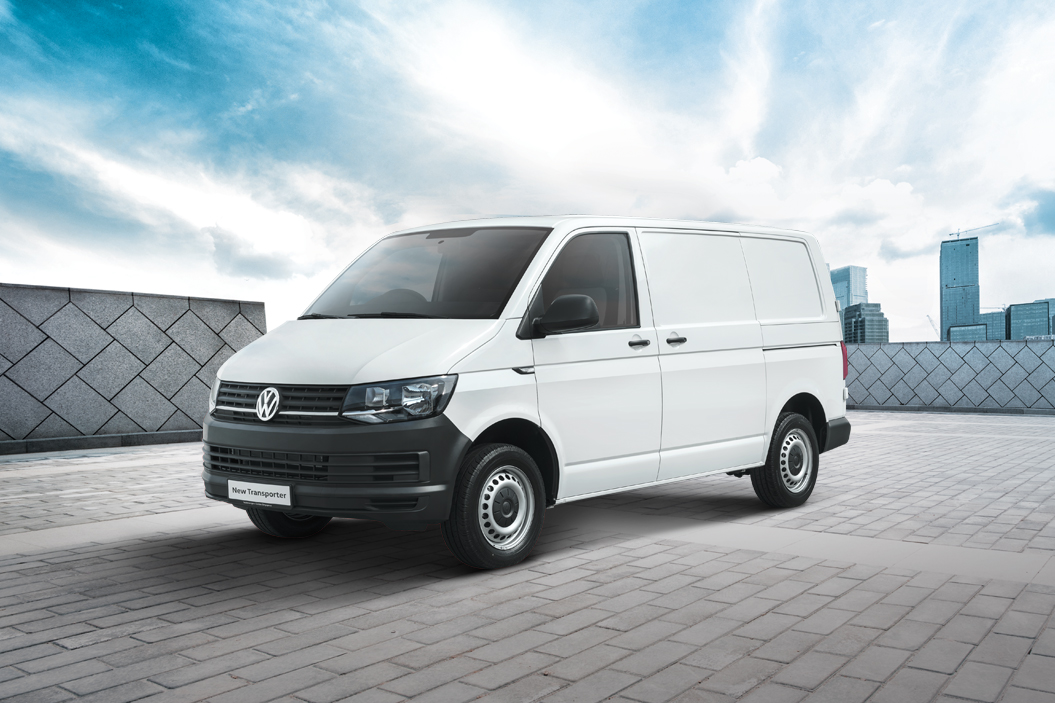 4. They’re amongst the cleanest, most-efficient CVs around
Being clean and efficient isn’t just being responsible, it pays off in the long run too.

This is why all Volkswagen Commercial Vehicles are powered by the fuel-efficient 2.0 TDI engine which complies with the latest Euro VI emissions regulations. Euro VI standards will be required for commercial vehicles here in January 2018, and you can even get a rebate for buying a Caddy or Transporter with the LTA’s early trade-in scheme.

Unlike other CVs, you won’t have to worry about future-proofing either. VW CVs are in-line with the strictest European requirements, and that’s thanks to their high level of technology, from DSG dual-clutch gearboxes, to diesel particulate filters and AdBlue emissions control technology.

AdBlue is an additive used in conjunction with diesel to convert harmful emissions into harmless nitrogen and water vapour, and is contained in a separate tank that alerts the driver when it is running low. AdBlue top ups are free for Volkswagen commercial vehicles during their five- year warranty period, and they’re inexpensive, so won’t add much to the lifetime running costs of the vehicle.

This feature is brought to you by Volkswagen Singapore