It may seem all about Crossover vehicles these days, but there’s still a segment that seems quite unmoved by the big shift towards flat-backed, high-riding family vehicles. You know that as the luxury sedan segment, where despite all the claims of being ‘forward-looking’ is still somewhat trapped by decades-old unwritten rules for standards of towkayness that includes something like “own a big three-box car like a BMW 5 Series or Mercedes-Benz E-Class”.

But what if you can get something a little different but still have one foot firmly planted in the ‘luxury sedan’ camp? Does more boot space and a slightly sleeker car that still looks somewhat like a sedan sound like a good idea? That’s the Audi A5 Sportback.

The new A5 Sportback is actually a facelift of a design launched in 2016, and it’s been given a list of cosmetic and technical upgrades to bring it up to Audi’s 2020 standards.. Exterior changes include a flatter, wider front intake grille with three little notches above the chrome surround that look like additional air intakes, but are only cosmetic enhancements. Further styling adjustments on the front and rear bumpers are focused on making the car look visually wider, an element that Audi seems obsessed with lately as the A4 sedan recently got the same treatment.

Strictly speaking, the A5 Sportback is what traditionalists will call a fastback, with a long, sloping rear hatch that opens to a cavernous 465-litre luggage area. To give the car a sleek, sloping roofline, the doors feature frameless windows, with the glass sealing against the rubber seals on the car body when they are closed. Typically this arrangement can lead to more wind noise at highway speeds compared to regular framed windows, but the A5 is so well insulated that this isn’t a problem.

If the idea of a ‘proper’ boot is important to you, then this may be the Audi you want

It’s also got Audi’s newest MMI interface, which features a more intuitive menu that has been rearranged for quicker access. In plain language, it means that there are less submenus to wade through to find and set up anything.

The car is powered by a 2.0-litre turbocharged engine driving the front wheels. Like much of the current Audi lineup, it’s also a mild hybrid, with a starter generator linked to the engine.

At highway speeds the car will coast with the engine off when you are not accelerating, while all the accessories and electrics continue to run. It’s so seamless and quiet that often, only a glance at the tachometer confirms that the engine is indeed powered down. Touch the accelerator again and the engine re-engages, without jolting the car at all. It all blurs together so effortlessly that the passengers are unlikely to be even aware of what is happening. With some practice, you can easily predict what conditions will allow the engine to shut off and maximise the car’s coasting time on the highway.

Audi claims that this saves up to 0.3 litres of petrol per 100km. It’s not much, but gives you the chance to boast about your car being a kind-of hybrid.

The 150 horsepower available from the engine is adequate, even if it’s not particularly spirited when you put your right foot down. It’s a perfectly comfortable drive though, and it makes no pretensions about wanting to be some kind of quasi-sportscar. The ride is plush but not soft, and the overall character of the car is exactly what Audis have been like over the last decade. That is to say, it’s logically designed, efficient, and not superfluous with its trimmings.

Is the BMW 5 Series still the one to beat? Read this and decide

It’s front-wheel driven through a seven-speed dual clutch transmission, and while it’s not exceedingly powerful there is plenty of low-end torque from the engine. The 0-100km/h spec time of 9.1 seconds may seem quite ordinary these days but the car takes off quite quickly from a standing start and it never really feels lacking for day-to-day commuting.

The A5 Sportback makes a sound argument for being a good alternative to a luxury medium sedan. It’s got a sleeker silhouette while still retaining the traditional shape of what many expect from a car in this category. It’s also pretty spacious in the back.

Of course, there are all those four-door coupes to contend with too, but none of those offer up a luggage area like what the A5 Sportback has. It’s a slightly smaller car than Audi’s own A6 sedan, but in real world terms there isn’t really very much between them. The A6 comes with a 190hp engine, but you pay around S$30k more for that package too.

You’ll find that the Mercedes-Benz E 180 to be a step above this too, with prices hovering at around S$240k. This does make the A5 Sportback feel like a right bargain if you’re in the market for a medium sized luxury car, with the bonus of having a more practical boot space. 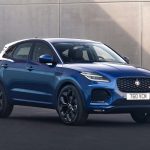 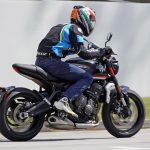 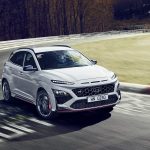 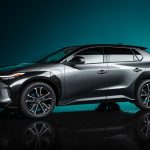