Nobody is going to buy a S$183k Kia EV in Singapore? Guess again…

The Kia Niro EV has a steep price for a mainstream car in Singapore, but it’s not primarily aimed at private car buyers

It was unveiled today by Kia distributor Cycle & Carriage, at the Kia Showroom on 239 Alexandra Road.

Given Kia’s penchant for offering tremendous value for money with cars such as the Stinger, Stonic, and Cerato sedan, we hoped that its EV pricing would help push EVs towards wider acceptance.

Turns out it might, but perhaps not in the way we usually think.

At S$183,999 with COE the price tag is certainly not classic mainstream Kia, but that’s not the entire story.

Kia is in fact introducing the car to its fleet and corporate customers for test drives first, with a mainstream ‘consumer focused’ launch happening in the third quarter of 2019.  Bonus fact: Kia is not actively carrying stock of the Niro EV – if you really want one as a private buyers, you’ll have to indent one.

“At the moment, retail customers will not be looking at EVs. Our main aim is towards fleet operators who want greater savings in running costs,” said Ms Dawn Pan, Deputy Director, Multi-franchise Operations at Cycle & Carriage Singapore (pictured above).

In this climate, that means ride-sharing and taxi companies.

“We do recognise that the industry was in its nascent stage for some time – today amidst the booming car-sharing and ride-hailing industry, we are observing a growing demand for EVs from consumers today,” said Mr Royston Soh, divisional manager for Kia sales and marketing, Cycle & Carriage Singapore, pictured above, second from the left.

That’s a reference to the fact that ride-sharing companies have been buying into the latest car technology – even if it’s out of the reach of normal consumers – and people are becoming used , if not enjoying, the EV experience.

The ride-sharing scene heated up this year with the entry of a new face in Gojek, which has stated it’s in the ride-sharing race here for the long-run, and is aggressively expanding its fleet.

So the Kia Niro EV becoming a commonplace sight on our roads isn’t out of the question if healthy fleet sales happen, though Cycle & Carriage representatives declined to comment directly on current negotiations.

The adoption of newer, efficient technology by taxis and ride-sharing companies is one that we’ve seen before. With longer distances driven per day compared to the average Singaporean driver, efficiency tech delivers better returns-on-investment for such companies.

Diesel was the de facto fuel for cabs for many years before its short foray into passenger cars, and now the flip has switched to electrified cars including hybrids and EVs.

READ MORE: How Toyota working with Grab could lead to lower fares

“We recognize that EVs will take some time to grow in Singapore with the current state of the  infrastructure, as well as the tax structure. However, the purpose of introducing the Niro EV is to cement Kia’s reputation as a reliable manufacturer, and one that is future-ready and poised for electrification,” added Ms Pan.

The Niro EV marks the first EV Cycle & Carriage is offering for public sale, and is obviously the first shot in a salvo of electrified vehicles to come from Kia itself.

“The Niro EV will pave the way for our continuous introduction of a wide range of eco-friendly vehicles to the Singapore market over the next few years,” said Mr Soh.

As one of the major multi-brand dealerships in Singapore, Cycle & Carriage also sells cars from Citroen, Mitsubishi, and Mercedes-Benz, but so far it has adopted a cautious, informed strategy for electrification.

“We are always optimistic about electrification. That is the reason why we have introduced BYD Lithium Ion Iron Phosphate forklifts from the end of last year. At the same time, we want to remain realistic on the initial demand for electrification, be it forklifts, passenger cars or commercial vehicles,” Mr Eric Chan, Managing Director – Direct Motor Interest for Jardine Cycle & Carriage, told CarBuyer.

The Niro EV is a step closer to the company offering mainstream EVs, and it’s maintaining an open mind to electrification in the near and long term.

“For sure, we want to maintain a long-sight view on electrification in Singapore. In the next two years, things may or may not change very fast, depending on the infrastructure development and government policy. Whatever it is, C&C wants to be known to be one of the fore-runners when it happens. Having electrification experience will put us in good stead, in terms of product range and expertise in handling high voltage electrified vehicles, when the demand grows,” added Mr Chan.

That aside, what if you’re a regular Joe car buyer, and interested in the Niro EV?

First read our Dummies’ Guide To EVs in Singapore, then read more about the Niro EV below.

The Kia Niro EV has 201hp and 395NM of torque, and a 64kWh lithium ion battery pack good for a quoted range of 455km, which Kia notes is enough to get you from Singapore’s east to west nine times, or more than the 377km to Kuala Lumpur.

Charging is done via a wallbox capable of 7.3kW charging rate (assuming three-phase 240V power) which translates to a full charge taking approximately 10 hours. The car is capable of DC fast charging, at 100kW that tops up the battery to 80 percent in less than an hour. Singapore’s DC fast chargers are capable of 50kW.

There’s a 7.0-inch TFT infotainment display with Apple CarPlay, and the driver’s instruments are fully digitised. There is 451-litres of boot space. Safety features include seven airbags, a blind spot monitor system, rear cross traffic alert, and a reverse camera.

Compared to its closest rival, the Hyundai Kona Electric (pictured below) though, the Niro EV is quite aggressively priced.

The Kona Electric Long Range (tested by CarBuyer.com.sg here) is a close match for the Niro, it has 203hp, a 64kWh battery and 482km of quoted range, and costs S$169,999 with COE. The sunroof version costs S$175,999 with COE. Both coming from Hyundai Group brands, the two cars have essentially the same drivetrain.

Put into an EV-wide context, the Niro is actually on the less expensive end of the scale. The least expensive EV here is the Renault Zoe, at $124,999 with COE, it’s also the smallest EV here, as a compact hatchback. Even Nissan’s Leaf costs S$164k with COE.

The most mainstream of EVs cost less than S$200k with COE, but EVs from luxury brands certainly do not come cheap. The BMW i3S, Jaguar I-Pace, Tesla Model X are prime examples.

The next two years will see even more luxury EVs arriving here, including the Audi E-Tron (which is scheduled for launch later this year and was recently previewed in Singapore), the Porsche Taycan in 2020, and Mercedes-Benz EQC in 2021. 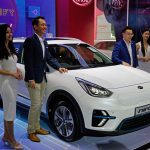 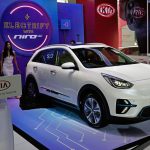 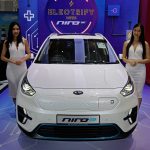 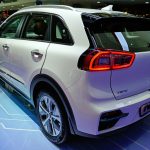 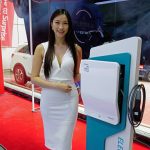 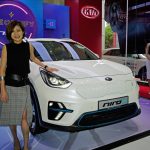 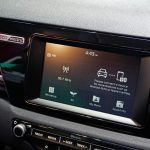 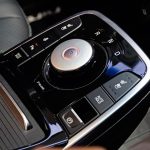 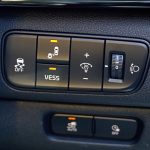 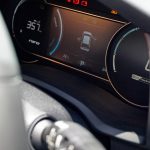 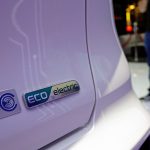 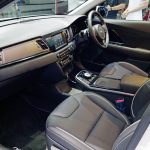 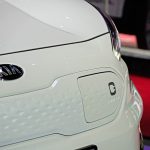 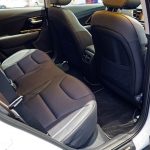 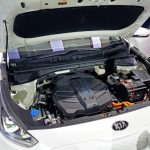 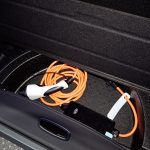 BMW M135i gets updated, arrives in Singapore next year