If you only have 15 mins at Suntec, go drool over these cars first

SINGAPORE — Making sense of a motor show is easy when it’s a small one like the Singapore Motorshow 2018, but it’s even easier when you know what to look out for. Here’s a quick rundown of what’s hot at Suntec right now…

The Volkswagen Arteon was the first car to launch in Singapore in 2018, and it’s already been picked up by some very pleased owners. The Arteon is the successor to the previous VW CC (aka Passat CC), but it adds more excitement in a few ways. It packs plenty of power, 280hp from its 2.0-litre turbo engine, and thanks to all-wheel drive sprints to 100km/h from nothing in only 5.6 seconds.

VW marks the car as a five-door gran turismo, which draws attention to its sportier, more aggressive design and the emphasis on fine driving dynamics. It faces stiff competition from the Audi A5 Sportback and BMW 4 Series Gran Coupe, and in a more oblique fashion, Kia’s new Stinger as well.

The Arteon is a little more high-brow and we think VW has feature-packed it such that it’s a great alternative to the two luxo German offerings. We already had a test drive of the car at its international debut last year, and stay tuned to the website for our local drive soon.

The Lexus LC is what happens when the Japanese luxury brand decides it wants to build a fast, dramatic grand tourer along the lines of the Maserati GranTurismo. It’s sleek, sexy and has a voice to match its looks as our video review of the car shows. Hard to imagine what Lexus could do to up the want quotient for this car, but the LC 500 Structural Blue at the brand’s Singapore Motorshow stand is a fine example.

The model is a ‘strictly limited edition’ (though exactly how many are being made isn’t disclosed) and the whole idea behind it is to make the bluest blue around. No, really, as Lexus says, “The engineers worked with the basic principles of light to create a special effect colour, one that appears bluer than any blue pigment thought possible.”

That’s acheived by a new, seven-layer paint process, which includes 12 production steps and 20 quality inspections. The paint itself incorporates ‘nano structures’, like those in a butterfly’s wings, to reflect much more light than normal paint and create iridescence and a more luminous appearance.

Watch More: Want to know how the LC 500 sounds and looks? Watch our video review, click the photo below. 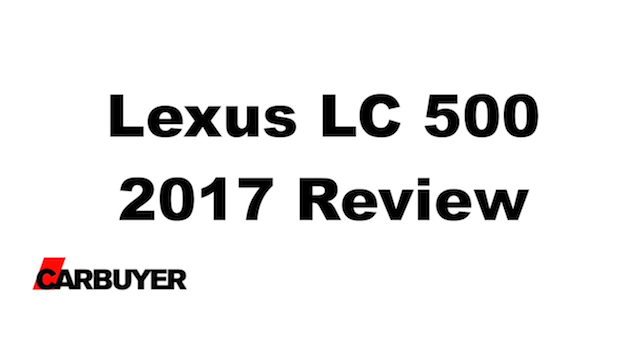 What has more than 500hp, a beautiful shooting brake shape, and goes like comfy heck? Until now, it would have to have been a Mercedes-AMG E 63 Estate or a Ferrari GTC4 Lusso, but Porsche’s motorshow debut has arrived to split the two. The Panamera Sport Turismo was unveiled internationally last year, and was unilaterally accepted as a cool car because 1. It’s a Porsche and 2. It’s a shooting brake/wagon.

There’s 520-litres of boot space – just 20-litres more than the sedan Panamera – but the loading aperture is wider, lower and c’mon, it’s a wagon. Even better, it has a rear bench seat for a total 4+1 seating capacity (+1 meaning hobbits).

‘Big’ Dave Khoo already molested the car with his filthy mitts in 2017, so read his rear-end-centric review of the Panamera Sport Turismo here.

The Porsche 911 GT3 is still one of our favourite Porsches. In a turbo-filled world, its an island of naturally-aspirated, analog-feeling refuge. If you’re bats about driving, then you need to drive one of these before you die. Failing which, you can flitter around the Porsche stand’s display of the 911 GT3 the entire weekend.

As Big Dave puts it in his review of the car, “Basically, up to the end of the 2014, a turbocharged engine was found in only the 911 Turbo/Turbo S and the 911 GT2 – now it is everywhere, which makes something like the GT3’s high-revving motorsports-derived 4.0-litre stand out even more in this age.” Oh and Porsche has also returned the manual gearbox option, as well as the Touring Pack which deletes the big rear wing if you really want to go nat-asp stealth mode.

Just away from the pizzazz and whizzing fizzbees of Audi’s great push toward autonomy, as well as the new semi-autonomous A8 L limo, sits something a bit more exciting, especially for those who like it hands on: The new RS 5 Coupe.

The new A5 looks less dramatic, but more modern, than its predecessor and the RS treatment, with gaping intakes, bulging wheelarches, and strategic satin chrome/piano black suits it quite well. The big change is that the RS 5 is one of the first modern RS cars to pack a V6: The old V8 is gone, and now a 2.9-litre twin-turbo V6 with 450hp is found under the bonnet. The weird 2.9-litre displacement hints at the fact that the engine’s related to the unit found in the Porsche Cayenne S. All wheel drive is of course standard, although sport differential option helps the car to more tail-happiness, with even drifts possible.

Judging by the social media response to our coverage of the Kia Stinger, the sleek fastback is a strong candidate for the star of the show. It was officially launched in Singapore on Tuesday evening at a crowded, invitation-only event, but the Motorshow will give the wider car-buying public the first chance to get up close with the Stinger.

Or should that be Stingers?

You can read our impressions of the 2.0 GT-Line here, or watch our much-shared video review of it, while the 3.3L GT was a real eye-opener at the Nürburgring for us last year, but while you’re at Suntec it’s worth stopping by the Kia booth to a better feel for how long, shapely and low the Stinger’s silhouette is.

Make it a point to climb inside, too; you’ll want to suss out of the back seats offer enough rear headroom for your liking, and then you’ll want to sit up front to take in the cockpit-like feel behind the wheel, and get a sense of how fine the cabin materials are.

The rest of the Motorshow could show you a car that’s cheaper, more powerful or better equipped, but nothing that’s all three at once.

Another car worth seeing at Suntec is Honda’s Civic Type R, a scalding hatchback whose rarity on the roads gives it semi-exotic status. You’re far more likely to spot a Lambo than one of these, anyway.

What makes the S$197,999 (with COE) Type R special? For one thing, it’s fast enough to have a title: it’s the fastest known front-drive car around the Nürburgring, a record made possible by a combination of serious power (the 2.0-litre turbo engine cranks out 320 horsepower), fearsome traction, stability at speed, agility through bends, and wickedly efficient aerodynamics.

You can see signs of the latter when you example the busy, almost lurid use of wings and ducts on the car — look closely and you’ll notice that some of its wings have little wings of their own.

Another reason to stop by the Honda booth for a look? As we found out at the car’s international press drive, the Civic Type R’s central exhaust pipe actually sucks air in at certain engine speeds. To make the car quieter.

Bonus: While you’re at the Honda booth, go check out their awesome ‘performance corner’ which also features the Honda NSX and Honda Fireblade CBR1000RR sportbike.

CarBuyer Team
CarBuyer Singapore / CarBuyer.com.sg brings the most relevant, accurate and useful car news to Singaporeans in both print and online formats.

A Dummies’ Guide To Owning An Electric Vehicle In Singapore