MUNICH, GERMANY — The Audi Q3 is now in its second-generation. The small, luxury sport utility vehicle (SUV) first debuted in 2011 (read our review of the previous-gen 1.4 here) was the brand’s first attempt in the segment, and was generally quite well received.

However in the interim, not only has the competition in the small lux crossover segment become terribly fierce, the Q3 also faced its own internal competitor, in the form of the slightly smaller and cheaper, lifestlye-ier Q2.

Compared to the old car, it feels far more roomy inside with the ability to fit five adults without internecine elbow warfare. The previous machine felt quite like a high-riding small hatchback, which makes sense given its platform heritage — it shared its basic underpinnings with the smaller A3.

There’s now 530 litres of boot space, expandable to 1,525-litres with the seats down. Those measurements give it the advantage over its chief competitor, the BMW X1, whose wheelbase is 2,670mm, with 505 to 1,550-litres of space.

One big point, literally, is that the Q3 feels very much like a larger, more expensive Audi now, and it’s not just because of the increased space: The exterior design, like all the latest Audis, bears the updated design language – most visible in the segmented lights and huge grille.

Step inside and the digitisation of the cockpit is very in-your-face, you simply can’t miss the 12.3-inch Virtual Cockpit instrument display, but now there’s also a 10.1-inch touchscreen system.

Audi is moving towards a pure-touch infotainment system, the new A1, A4, A6, A7 and A8 all have the new MMI Touch system, although the Q3 as a smaller car, has the same non-haptic system with a smaller display.

It’s sleek and well-integrated into the cabin’s design, not too far from a driver’s hand,  and easy to use as long as you’re not on the move. We personally miss the rotary controller from before, but at the disappearance of that leaves more practical space in the centre console.

The Q3’s driving manners also emulate its brethren, there’s no one thing that sticks out at you, instead it’s mostly unobtrusive, understated and refined forward progress. The car we drove had a 1.5-litre inline four-cylinder, but Singapore will receive the 1.4-litre engine (which isn’t sold in Europe) with the same power output.

On the autobahn, the 150hp mill delivers smooth thrust though it does feel a little underpowered when accelerating to merge.

In Singapore this will be far less of an issue obviously, and more relevant is the fact that the Q3 handles well, very similar to the highly-capable Q5, but wrought small. Also equally relevant is the slightly jittery ride quality, the car we drove running a relatively large 18-inch wheel choice.

It’s too early to speak about finalised spec and pricing, though the Q3 is capable of packing on all manner of optional equipment such as adaptive cruise control and steering assist (great for jams), and the optional Audi Design trim interior with tan Alcantara upholstery highlights.

What’s clear is that the Q3 appears to have done all the growing up it needs to in order to climb back towards the top of the small luxury SUV pile. 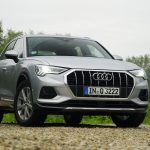 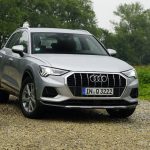 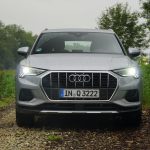 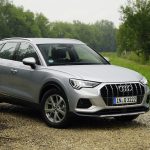 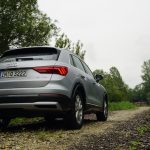 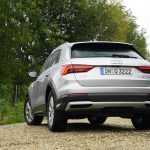 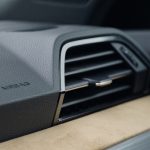 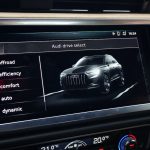 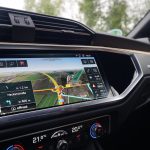 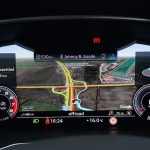 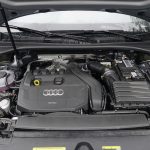 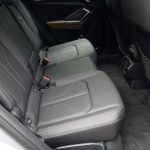 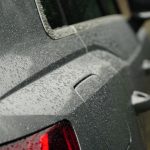 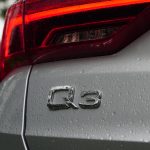 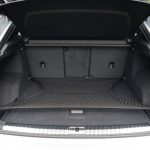 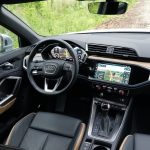 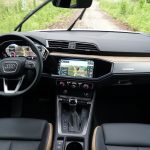 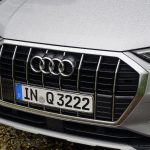 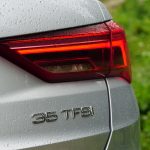 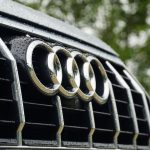