The BMW X5 has proven itself a consummate luxury car, but are two additional seats enough for it to serve as convincingly in a family role?

SINGAPORE — This is familiar territory for us, and possibly even for you too. You may recall that we’ve encountered the new fourth-generation BMW X5 twice before – at its international launch in the United States last year, and with a Singaporean first drive back in March.

But where those Phytonic Blue cars were five-seater models, an indent-only spec for Singapore, the Mineral White Metallic unit we have here is a seven-seater, the standard configuration for our market.

In both previous instances we found that the X5’s blend of plushness, tech, driving dynamics and intuitive controls made it the best all-rounder in the large luxury SUV segment, and all of that still applies (though the recently-launched Mercedes-Benz GLE might have something to say about that).

What we want to know now is, how does the X5 7-Seater fare as family transport? After all, with the general SUV/crossover craze still ongoing, many car brands’ three-row offerings take the shape of an SUV, not an MPV, so consumers aren’t exactly spoilt for choice, especially at this end of the market.

To start off, as with most SUVs of this type, the X5’s third row is really only just about habitable. Not only is space at a premium for anyone larger than kid-sized, but the lone (non air-conditioned) blower in between the seats is also too feeble to be of comfort on a hot day.

The process of getting back there is, weirdly, also an inconvenient affair. As you’d expect for something in this price range, a simple button prod is all it takes for the middle row to slide and tilt out of the way and unlock access to the rear, but to facilitate that the front seatbacks also have to tilt upright to accommodate – and they’ll do so even if someone’s sitting in them. It’s definitely an odd quirk, one that would become very grating if you’re the driver picking up a full load of passengers.

If it’s any consolation, at least the X5’s cargo-carrying capacity doesn’t seem to be compromised by its new seating arrangements. We can’t confirm the exact figures for this 7-seat variant, but with the third row folded flat, visually at least the boot seems equally as cavernous as the five-seater. Even with all seven seats in play, there’s more than enough space for a golf bag or two, or a couple of large boot organisers.

Alright, so as a seven-seater the X5 isn’t convincing; the amenities and operation of the third row seem almost like an afterthought, especially compared to rivals designed with family use in mind, namely the Land Rover Discovery and Volvo XC90.

Use it as a five-seater though and it’s still got one of the best engines in the segment, handles somewhat like an extra-large hot hatch, feels intuitive and fuss-free to operate despite the masses of tech onboard, and thanks to standard air suspension, insulates the cabin from the vagaries of our road conditions like the best luxury limos. The addition of the third row doesn’t detract anything from the rest of the X5 experience that makes it such a brilliant all-rounder. 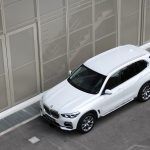 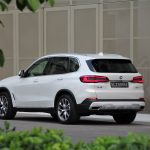 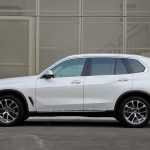 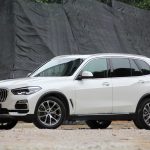 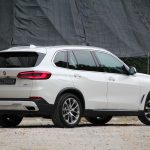 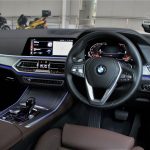 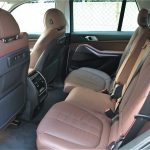 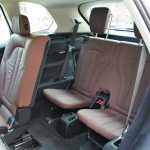 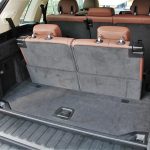 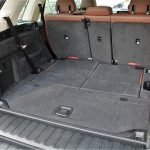 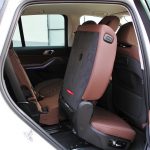 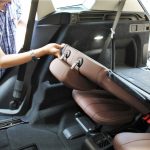 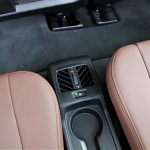 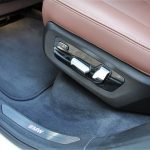 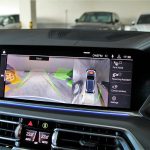 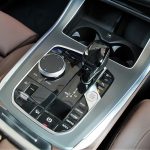 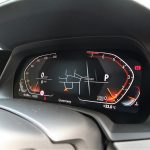