This Mini special edition might look like an emerald, but it’s really the diamond of the whole range since it has all the benefits of a Cooper S at a slightly lower price

As a style-led lifestyle car that makes appeals directly at the vainer side of car buyers, Minis have received countless special editions over the years, under the guise of “exclusivity”. The vast majority though, have been inconsequential and forgettable; an extra fistful of dollars for little more than stickers and badges.

This latest special though, isn’t like that. The 60 Years Edition – which is available with three- or five-doors, and in Cooper and Cooper S variants – celebrates Mini’s diamond jubilee, and although, yes, it’s mostly stickers and badges, it has one major thing going for it: price.

Remarkably, this anniversary edition is actually priced lower than regular models. The kind sales staff at Mini say that this is the brand’s way of “celebrating this momentous milestone in Mini’s history” with customers; we say, every little bit helps with our sky-high car prices.

Even if it didn’t leave you with extra cash in hand, the 60 Years (let’s just call it that from now on) would be worth the price of admission for two things alone. The first are the seats, which are wrapped in an exclusive “Dark Maroon” leather (really, it’s brown) with bright green piping and stitching.

The other is the paintwork. Humdrum black and silver are available on the 60 Years, but the colour you really want is this lush, verdant, British Racing Green IV which is deep and sparkles like a gemstone in strong lighting.

In addition, there’s the usual litany of badging: 60 Years insignias on the stripes, sill plates, and puddle lighting, as well as unique 17-inch rims.

Our tester came in the form of a Cooper S 5 Door, a combination we’ve not yet reviewed, though having sampled the One, Cooper, Cooper S, and John Cooper Works engines in one form or another, it’s pretty much familiar territory.

Despite the pair of rear doors, don’t expect to be carting the family around in comfort. Rear legroom is adequate, but getting in via the ridiculously narrow door aperture is a challenge in itself. Once in there, sitting three abreast would lead to some pretty intimate contact, though that said, sitting on the hump that forms the middle rear seat base isn’t quite the head-scraping experience you might imagine it to be.

As a driver though, there’s thankfully a lot more to look forward to. The Cooper S’s 192hp 2.0-litre four-pot is lively and entertaining, helped in no small part by the fruity exhaust, which, like on the JCW, is cheekily crackly whenever you lift off the throttle.

And then of course, there’s the way the car goes around corners, which is pretty much the most entertaining of any conventional mass market car. The typical year-end rainy weather meant the roads never dried up during the entire time we had the car, which in most cases would make for a dreary drive. Not in a Mini though, with the playful chassis and darty steering rewarding the committed driver with some extremely satisfying tail-wagging action on slick tarmac.

Alas, the ride quality is a lot jigglier than it needs to be – forgivable in the Cabriolet, whose dynamically shortcomings are a compromise you knowingly buy in to, but not in the more practical(ish) hatchback. This is perplexing, because the tyres on the snazzy 17-inch rims aren’t rubber band-thin.

Then there’s the Cooper S’s biggest shortcoming, its price. S$159,888 with COE is what it’ll cost to get your bum into a 5 Door 60 Years Edition (S$161,888 for the regular Cooper S 5 Door), and that’s uncomfortably close to pukka hot hatches like the Hyundai i30N, Renault Megane RS and VW Golf GTI, not to mention any number of more practical premium cars like the BMW 1 Series, Lexus UX or Mercedes A-Class.

Our solution, if you’re set on the Mini lifestyle and image, would be the Cooper 3 Door 60 Years. If the brand wants to play up the heritage card with this edition, then you might as well go with the model that sticks closest to the original 1959 formula, right? The 3 Door body looks better, and unlike the 5 Door, doesn’t hint at a versatility that the car’s small size can’t live up to.

And yes, the Cooper’s three-cylinder engine gives up quite a bit of performance to the Cooper S, and you lose the paddleshifters and satnav, but it’s still as cheery and lively to drive, and you save over S$20,000.

Engine and body aside though, do these minor addons make for a more appealing Mini? That all very much depends on how much you enjoy green motoring, but in the case of the 60 Years Edition, having more green in your bank account certainly helps. 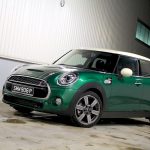 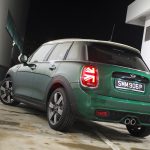 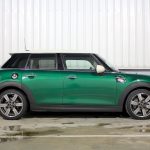 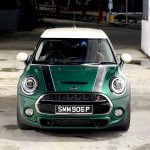 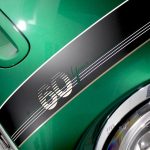 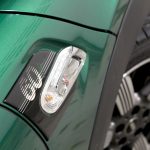 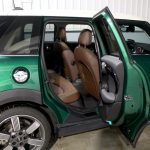 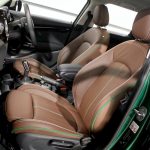 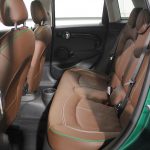 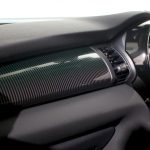 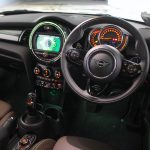 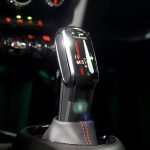 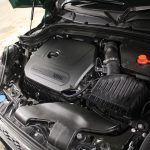 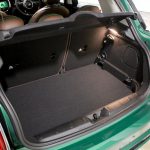 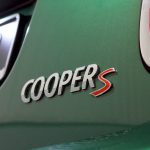