The fifth-generation Toyota Supra isn’t a raging monster, but like its predecessors it hits the sweet spot in looks, capability, drivability and price

We’ve finally driven it. The fifth-generation Supra, with Toyota picking up where it left off 17 years ago, and we’ll cut right to it: It’s fantastic.

We have to get the big, three-lettered elephant out of the way first: Toyota and BMW collaborated on a common platform/drivetrain for the Supra and Z4 respectively.

READ MORE: Curious to know what the “Supra Roadster” is like? We’ve driven it in Singapore!

The automotive industry is truly global and national allegiances hardly mean a thing these days, as does an over-simplification of platform and technology sharing. A quick question: Which UK car brand is still owned by its native country? We’re sure you had to dig deep to find that answer.

So, if Toyota and BMW collaborating on a common powertrain/chassis platform is what it takes to give the world a compelling Toyota-badged rear-drive sportscar in the sub-S$290k segment, we say: Bring it on!

Moreover, with BMW’s longtime legacy in working with in-line six engines and rear-drive platforms, we reckon the two getting together is a great match. It’s a natural fit, like beer and wurst, or sushi and nori.

Besides, we’re not so concerned as long as the respective cars are engineered to be distinct enough to reflect each brand’s identity. The Supra’s Chief Engineer, Tetsuya Tada, tells us that the two brands went down their separate development routes after the platform was created.

We asked for confirmation from the other side too: Head of BMW Asia, and ex-project chief for the BMW Z4, Christopher Wehner, laughed and said, “I can’t comment on that!” – which in German engineer speak means ‘yes’.

But to get back to the Supra at hand, keep in mind that it has a somewhat twisted mythology to live up to now, especially with the outgoing fourth generation A80 (shown below) attaining a cult status beyond the original circle of tuning aficionados.

We half-suspect that most peoples’ lofty impressions of the A80 are rooted in a semi-mythical, modified and uncompromising track-prepped example, or more questionably, that orange beast from the Fast and the Furious.

To wit, my last encounter with a Supra involved more than 1,000hp, and it wasn’t exactly enjoyable. And here’s the thing: In the Japanese tuner world, as much as automotive icons like the A80 and the R33/R34 GT-Rs have been immortalised, we never enjoyed them in stock form – some mods and at least 500hp were necessary before they felt ‘fun’.

This isn’t something we’ll need to do with the new Supra, because it proves to be a pert, perky performer right out of the box.

Even if you decide to tweak yours, you won’t be tweaking Toyota’s nose, because Tada-san has actually encouraged tuners to develop aftermarket parts for the new Supra – personalising and customising the Supra is an important part of the ownership experience; moreover, the aftermarket scene was instrumental to the success of the A80.

The blocked-up vents and louvres on the powerfully ‘stanced’ A90 Supra aren’t just for show, because they can be opened-up to create additional cooling and aero measures for those who intend on serious track time.

Why were they left closed? In the interests of sound/wind insulation and NVH. Even the lightweight, resin-constructed ‘lift-back’ has been specially reinforced to account for any additional downforce an owner fitting a big GT wing will face.

We like how it looks, but that’s not to say it’ll appeal to everyone; after all, design is subjective and intensely personal, but we think it looks compelling in the flesh, and has a strong road presence because it’s different enough from anything else on the roads today.

The musculature isn’t OTT, and it’s refined-looking enough without too much of the ‘boyracer’ vibes, although the car’s performance credentials will turn you into a card-carrying hoonigan in no time.

With a wheelbase that’s shorter than the Toyota 86, the Supra does away with the rear seats for the first time, which is its most major break with its predecessors, which were 2+2 coupes.

However, it’s a sharp and keen handler that proves to be equally as fun driven precisely, as well as passionately, meaning you can aim for every entry-apex-exit, or take the odd way in and correct the line with the throttle.

There’s a progressive adjustability to the chassis that works well with the 3.0-litre six, which doesn’t need much coaxing to deliver devastating performance. Our only complaint is: It’s too quiet for a sports car.

On Sportsland Sugo circuit, the eight-speed automatic delivers snappy shifts that allow a hard-pressing driver to make full use of the engine’s performance. The eagerness with which the Supra changes direction is inspiring, as is how stable it performs under pressure.

However, this can change at the drop of a hat when you decide to indulge in some sideways fun, because the Supra will give as good as it gets. There’s reassuring feel from the brake pedal as you rein-in the car from the straights before the corner, and there’s always the temptation to brake deeper and harder into the corner.

Don’t parrot the view of a vocal minority simply because it’s seen as ‘fashionable’ to be hating on the new Supra: Especially if it’s before you even try it.

There’s certainly no room for badge snobbery, least of all from any petrolhead, especially with affordable, rear-drive fun cars becoming increasingly thin on the ground.

Think about it, what other Japanese sportscar is there to buy new today?

Officially offered as a hard-top and automatic, the S$160k (without COE) Mazda MX-5 has evolved away its from the original fuss-free, soft-top and stick-shift formula. At almost S$600k with COE, the GT-R is a powerful contender, but that price point sticks it in a segment with plenty of rivals. At S$1m the NSX nudges Honda into a rarefied realm that sees it compete against the established supercar pantheon.

In this price point, the buying proposition is as much about the ownership experience as it is about product and specification sheets, and let’s face it, the old boy’s supercar club has perfected its skills after decades of experience in selling such cars.

All this leaves a neat gap between S$200k to S$250k (without COE) for the Supra to play in (both 2.0- and 3.0-litre models are available), because the pricing is spot-on for single-car garages, as well as the guys with a few cars at home looking for a perky plaything that isn’t going to break the bank.

*Photos used here are of a UK RHD Supra, and not on location at the drive we took part in, although the cars are essentially the same. 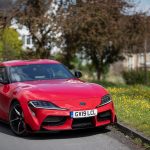 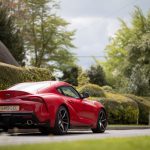 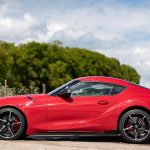 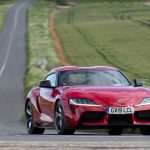 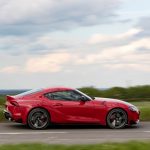 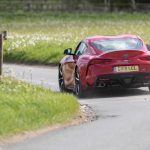 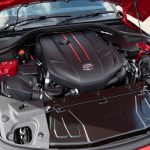 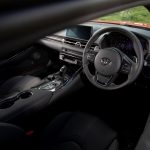 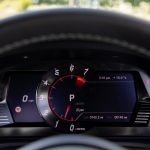 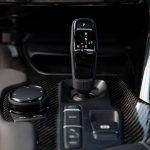 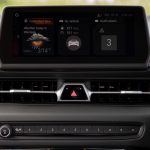 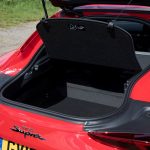 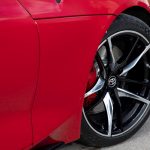 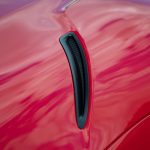 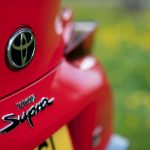