Skoda’s mainstay sedan upsizes to a 1.4-litre engine and 150hp – find out why that’s not at all a drawback despite Singapore’s conventions

SINGAPORE — Skoda has returned as a strongest European contender when it comes to mainstream cars thanks to keenly-priced cars that offer lots of features and VW Group technology.

The strongly-contested mainstream sedan segment is no different, and Skoda’s offering here – the Octavia – now offers even more for the same price, since it’s now sold with a 1.4-litre engine instead of the 1.0-litre unit which featured at its launch in 2018.

According to Skoda Singapore, there wasn’t a top-down technology or region-specific reason for this. That’s in contrast to the new Audi Q3 having the same existing 1.4-litre engine instead of the latest 1.5-litre found in Europe.

The upsize was in response to customers questioning whether a 1.0-litre unit is enough for a mainstream sedan, despite our review finding it more than capable of even Malaysian jaunts. It’s just another example of how quick tech changes in the car world, and also highlights that the COE categories are quite outdated in 2020.

But we’re not complaining at all, since the 1.4 offers more power for just a smidgen more fuel consumption, and most importantly, all for a lower sticker price.

Going from 114hp to 150hp is a big leap, although the torque bump is only 30Nm, there’s still a very obvious difference from the 1.0. The 1.4 isn’t quite enough to make the front wheels squeal on command, but the Octavia moves forward with far more authority as its engine note climbs the octaves.

Those addicted to mashing the gas pedal for their accelerative reward will enjoy the Octavia 1.4 more than other mainstream sedans – on paper the 1.4 is quicker than its rivals by far, and even quicker than the Civic 1.5 Turbo.

But the East Asians do prioritise smoothness, and they are more refined than the Skoda by a notch, something relaxed daily drivers may appreciate more. Fuel consumption is marginally increased over the 1.0, and as the Octavia lacks drive modes (it does have start stop) it’s not as frugal as its relative, the VW Golf.

READ MORE: The next Octavia is already in the pipeline and might arrive in Singapore as early as next year

Compared to the equivalent Golf, the Octavia is perhaps 80-85 percent of the experience, though there’s obviously less sound insulation and slightly more judder over larger bumps.

That ,and sections of the interior with less nice-to-touch plastics, are the only obvious places where you can tell Skoda has shopped tightly to its production budget.

With the upsize to a 1.4, you’ll pay S$626 in road tax per annum, instead of S$392, and that plus a little extra thirst are the only real drawbacks to consider with this engine upgrade. As for COE Cat A and Cat B, we don’t foresee the price gap between the two widening just yet, even if there’s plenty of uncertainty surrounding COVID and COE bidding not resuming until July, at earliest.

Otherwise, the Octavia remains the same as we covered in our first review of the 1.0. The highlights include plentiful interior space for five adults, the very large 590-litre boot with a wide hatchback opening, expandable to 1,580-litres. 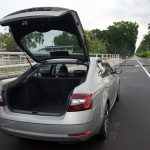 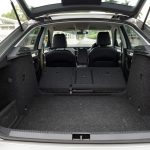 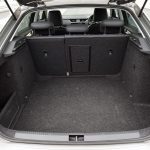 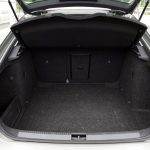 Then there’s the 8.0-inch touchscreen infotainment system, which lacks navigation but does have smartphone integration via Android Auto, Apple CarPlay or MirrorLink.

There’s also active driver aids, with the blind spot monitoring system and rear traffic alert. The car tested here is the higher spec Ambition Plus model – it has 17-inch wheels, LED headlights, remote controls on the steering wheel (with paddle shifters) and the active safety systems. For a S$4k premium over the standard Ambition model, it’s all well worth the upgrade.

A jump up to 1.4-litres and Cat B COE might worry some mainstream buyers, but now at least, those worries don’t exist and the Octavia’s price remains under S$100k with COE.

The Octavia is a rarity: A full-featured European sedan that can compete directly with the best of the mainstream Japanese and Koreans not just with VW Group tech and features, but also remaining very competitive on price.