For now, the new mild hybrid system is featured in a 2.0-litre TDI turbo diesel engine that will be available in Europe. That, like most diesel engines, will not come to Singapore.

Audi says its regular petrol engines will be paired with this mild-hybrid system, which is no shock – BMW and Mercedes-Benz have done the same with their mid-sized cars as well.

We expect the 2.0-litre inline four from the current Q5 (and many other Audi models) to be the chief model, and it’s expected in Singapore in the first half of 2021.

In the Q5 2.0 TDI (officially called the Q5 40 TDI), the system develops 204hp and 400Nm of torque. The inclusion of the mild hybrid system, which uses a belt-driven starter/generator (BSG) to supply the 12-volt electrical system, helps the car comply with the latest Euro 6d emissions standards that come into effect for new cars in Europe starting from January 2021.

Using the compact lithium-ion battery that is a part of the mild hybrid system, the Q5 is able to coast with the engine off, and allow the engine start-stop system to kick in once speed is reduced to 13km/h, instead of requiring the car to reach a standstill, resulting in improved fuel efficiency.

Audi has thus far only announced details of the diesel model, but states that it will introduce other Q5 variants progressively in the months ahead, including 2.0-litre TFSI petrol engines, as well as a Q5 TFSI e plug-in hybrid vehicle (PHEV). The latter model will compete against the likes of the BMW X3 xDrive30e in the growing PHEV premium SUV space.

READ MORE: The BMW X3 xDrive30e is one of the Q5’s key rivals. Read our local review here

The updated Q5 is actually 19mm longer, but that added length is down to the redesigned bumpers. Other dimensions like its width, height and wheelbase remain unchanged, and boot space remains at 550 litres.

READ MORE: Check out our review of the current Q5 and see if you can notice the differences

Inside, the Q5 gets Audi’s latest MMI infotainment system, with a 10.1-inch touchscreen as standard. The system runs on Audi’s third-generation Modular Infotainment Platform (MIB 3), which allows for cloud-based information transfer. For instance, you could save your preferences like preset radio stations and climate control settings, among others, onto the cloud, and they can be transferred to another Audi that runs on the same MIB 3 system.

The well-received Audi Virtual Cockpit digital instrument panel is also now standard on all Q5 models, while a head-up display is available as an option.

At the Q5’s European debut later this year, Audi will also offer a special “Edition One” launch model, which features black sporty accents all round, black roof rails and black wing mirrors. The Edition One also comes with red brake callipers, 19-inch wheels and sports seats, as well as a choice of two new exterior colours: district green and ultra blue.

Audi Singapore has not confirmed if the Edition One will be offered here when the Q5 launches here next year, and pricing has not been finalised as well. For a reference point though, the current Q5 2.0 TFSI retails here for $241,200 with COE, so the new one shouldn’t be too far off that figure. 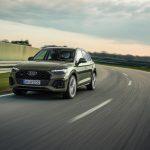 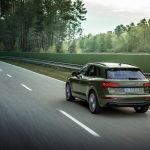 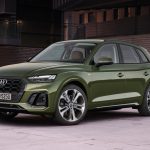 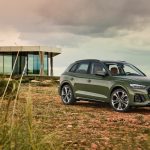 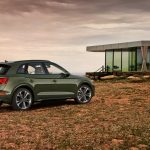 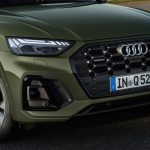 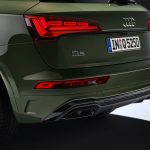 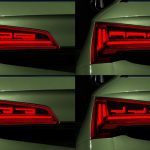 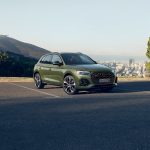 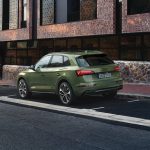 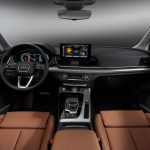 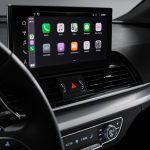 Ben Chia
CarBuyer's senior staff writer went out to explore the Great Big World, including a stint working in China (despite his limited Mandarin). Now he's back, ready to foist upon you his takes on everything good and wonderful about the automotive world. Follow Ben on Instagram @carbuyer.ben

BMW M135i gets updated, arrives in Singapore next year