The refreshed Civic Turbo gives you plenty for your money over the 1.6, but are its dynamic charms enough to ward off advances from more luxurious machinery?

Throughout much of its history – but particularly during the ‘90s – the Honda Civic was the go-to choice for anyone wanting a four-door performance car that didn’t break the bank.

Even when the screaming VTEC (Variable Valve Timing & Lift Electronic Control) powerplants were dropped from the lineup around the turn of the millenium, Civics still remained consistently being the most fun-to-drive specimens of the humble East Asian family sedan.

And so the story continues with the latest model. The basic 1.6-litre Civic is already a lively steer, as you’ve just read, but the 1.5-litre Turbo version adds a little extra something into the mix that was missing in the previous generation – a cooking Civic that slots in below the red-hot Type R.

As with the 1.6 LX, the changes made for the Civic Turbo’s facelift are minor to the point of triviality. The fog lamps are now LEDs and surrounded by chrome trim (it was flat black plastic before), chrome garnishing on the rear bumper, and the 17-inch wheels retain their elegant design but are finished in grey instead of silver.

Inside, there’s only one major change worth noting, and that’s the addition of physical buttons for the infotainment functions, volume, and aircon fan speeds. Small as they are, this is the Civic’s greatest improvement, as the old touch buttons were horribly insensitive, imprecise, and downright irritating to use.

So, the differences between old and new are almost inconsequential, but what about between models?

Well, stepping up to the Civic Turbo gets you larger wheels, a sunroof, auto lights and wipers, an electric driver’s seat, full LED headlamps, four extra airbags, and the rather nifty Lanewatch safety system (below) – this last feature uses a wing mirror-mounted camera to show you what’s in your blind spot whenever you flick the left indicator, so you can change lanes safely, and also allowing you to see what that flagrantly rule-flouting e-scooterist looked like.

Oh, and of course, there’s also the small matter of the turbocharged engine. Compared to the 1.6, it puts out almost fifty more horsepower (173hp), almost seventy more Nm of torque (220Nm) at a significantly lower engine speed, and cuts the 0-100km/h sprint by over three seconds (8.5s).

Consequently, it rather transforms the driving experience of the Civic, making for much more relaxed progress when overtaking traffic. The hefty slug of torque, available from 1,700rpm instead of peaking at 4,300rpm in the 1.6-litre, means you don’t have to suffer the buzzy, “rubber band” feel inherent in all CVT transmissions, but which is exacerbated in torque-lite naturally-aspirated engines. That said, it’s more of a cruiser than a bruiser – power delivery is smooth and unexciting, a far cry from the addictive VTEC kick in the old cars.

The extra outputs also provide enough performance to finally give the chassis a workout. This is the Civic’s biggest strength, feeling the most taut, planted, and resistant to body roll amongst the mid-sized sedans and hatches.

It’s no Civic EG, but like most modern cars what it lacks in driver involvement, it gains in mainstream appeal with more efficiency, safety, space, and pretty much everything you can think of.

So, all the extra performance and safety features obviously make the Civic Turbo the one to have, but there’s a price to pay for that: $25,000. That’s the additional outlay over the 1.6, and therein lies a problem for the Turbo.

You see, when the Civic Turbo first launched it handily slotted into a gap in the marketplace, between the Cat A mid-sized cars and large family sedans. Now though, several strong competitors have come in that occupies the same sub-S$120k area of the market: the larger Mazda 6 and more luxurious Volkswagen Golf Highline.

And while those can’t quite match the Civic for sportiness, there’s a dark horse in the form of the Skoda Octavia RS245, which on paper at least, seems to do everything better than the Civic (space, performance, precision), all for just $8,000 more.

The passage of time has been kind to the Civic, especially in 1.6 form, but at this price point, the progress of other manufacturers means the Civic 1.5 Turbo has more challengers this time around. 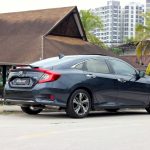 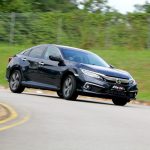 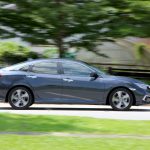 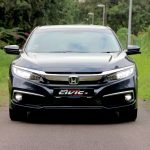 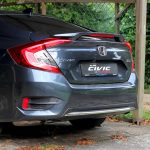 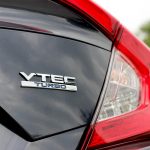 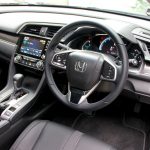 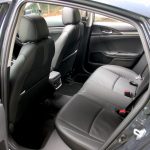 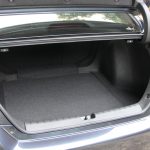 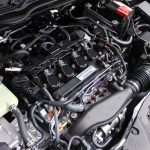 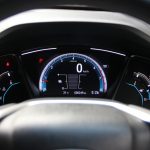 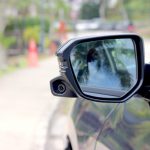 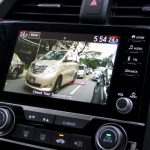 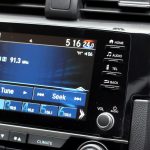 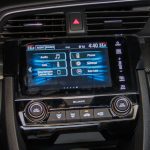