The new BMW M5 sedan is now on sale in Singapore in only one flavour, and long may its mighty turbo V8 engine note sing

SINGAPORE — Someone forgot to tell the BMW M5’s design team that the age of the internal combustion engine is over. Or maybe they did, but the notice was ignored because here we have the newly refreshed M5 Competition, with what’s possibly the best modern V8 engine from BMW.

The 4.4-litre twin-turbo powerplant makes a mighty impressive 625 horsepower, and the M5 Competition is able to harness most of it effectively because it also has an adaptive four-wheel drive system. Acceleration from a standstill to 100km/h takes just 3.3 seconds, and  top speed is actually rated at 305km/h if the electronic speed limiter is uncorked.

The result is a bombastically fast, yet very comfortable, luxury business sedan that is equally at home in urban traffic, the highway, and on a racetrack. Actually that describes practically every M5 that has come before this, but the M5 Competition could be something of a milestone as it’s likely to be the last all-petrol engined generation of the car.

It’s not entirely new from ground up though, as the car is what BMW calls an LCI of the 2017 model. That’s short for Life Cycle Impulse, and basically a midlife facelift to you and me. Slimmer headlight assemblies fitted with BMW’s adaptive laser lighting system gives the car a unique signature look after dark, and cosmetic changes make the car look slightly more menacing than before. Well at least they kept the kidney grille nose intact.

Also of interest is that you can’t officially buy the lower specification, standard M5 here anymore as the dealership, Performance Munich Autos, has noted that buyers usually go straight for the more powerful Competition variant anyway so like the newly-launched M3 sedan and M4 coupe,  this the only version we are getting for Singapore.

The horsepower race has moved along very quickly in the last two decades. The Ferrari F 430 from 2004 had 502 horsepower and we thought was as much as anyone would ever need in a car back then, but now the M5 Competition 123 more horses in a stately-looking, yet demonically-fast sedan.

This could really be the pinnacle of BMW’s internal combustion engine engineering, as the inevitable electric vehicle wave is already on the way with cars like the BMW iX3 rolling into production. Even Audi has stated that its most powerful car to date, set to be launched later this year, will be the E-Tron GT. In other words, if you still religiously believe in the power of the mighty rumbling V8, get them now or forever hold your peace.

It’s actually no faster in a straight line than the pre-LCI M5 Competition because the drivetrain is unchanged. But the refreshed M5 has been given a suspension makeover for sharper handling, borrowing heavily from the larger BMW M8. The result is a car that feels supremely confident and sure-footed. There’s that signature rumble from the V8, a supercar level of speed and grip, and like every M5 before this, cornering agility that is at odds with the car’s size. There’s plenty of character here still, all packed in a car that is still very comfortable as a long-distance tourer.

While owners in this segment typically go with plenty of options to personalise the car somewhat, the leather seats in the example we drove here are crazy comfortable, but still have plenty of supportive side bolstering. It’s proof that you don’t really need stiff boy racer type bucket seats if you get the fundamentals correct the first time out.

If there’s one thing to criticise is that the M5’s dashboard, like the M3 and M4, is starting to become a serious festival of buttons. The centre console is crammed with buttons that call up various menus on the display, and from there you toggle through all the options to set up the car the way you like it.

The heads up display has a dedicated M mode that displays the tachometer, so you don’t even have to look at the dials when in maximum track day attack mode.

The screen measures 12.3-inches diagonally across and is pretty large, but there are layers upon layers of menus to wade through, simply because the car is so configurable.

All that carbon fibre interior trim is nice, though the view from the back seat is a more muted affair. The boot is pretty big and practical though, and the fold-down back seats increase carrying capacity even further.

An M5 driver is the type who doesn’t always want a showy car, and the car’s long-time rival has always been the Mercedes-AMG E 63 S, with the more alternative choice being Audi’s mega-wagon, the RS 6. But given the Audi has always been the less mainstream, more cult choice, while the next-gen AMG E-Class has yet to arrive on our shores however, so the M5 almost has the show all to itself, at least for now. It’s still classy, spirited, and understated, but it could also well be the last of its kind. 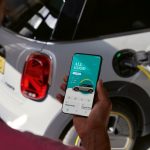 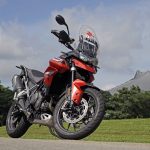